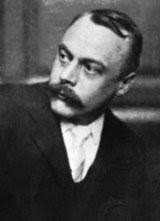 "For every honest reader," wrote Kenneth Grahame, "there exist some half-dozen honest books, which he re-reads at regular intervals of six months or thereabouts. Whatever the demands on him, however alarming the arrears that gibber and grin in menacing row, for these he somehow generally manages to find time..."

And the man who wrote those words, himself wrote one of those 'honest books' to which 'honest readers' (like myself and many others) return again and again, and which this year celebrated the 100th anniversary its publication - The Wind in the Willows... 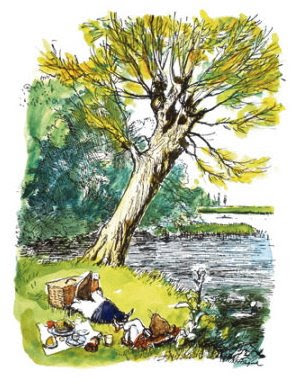 This book is, actually, less of a book and more of a friend - a good friend with whom you simply must keep in touch, whose company always makes you feel a little more content with life, a tad more safe in uncertain times.

For me that friendship began when I was nine years old and my parents gave me a thin, pocket-sized edition with small print and none of those wonderful E H Shepard pictures that were not the first, but certainly the definitive illustrations. In fact, the only decoration to my copy was a line drawing - stamped on the pale green cover - of two gnarled willow trees bending in the wind.

Nevertheless, as an only, sickly child, I read the book in one day and claimed the characters - gentle-natured Mole, good-hearted Ratty, no-nonsense Badger and the one-and-only, never-to be-forgotten, utterly outrageous, Mr Toad - for an extended family.

I fell under the the spell of the chattering, babbling river so beloved of the Water Rat: "It's my world, and I don't want any other. What is it hasn't got is not worth having, and what it doesn't know is not worth knowing..." 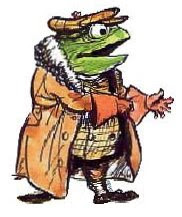 And, of course, I was captivated by the roar and rattle of Toad's errant motor car as it thundered down the open, dusty, highway ever in search of someplace new: "Here to-day - in next week to-morrow! Villages skipped, towns and cities jumped - always somebody else's horizon! O bliss! O poop-poop! O my! O my!"

The Wind in the Willows became one of the best-loved books on my childhood bookshelf. Some of the volumes that stood alongside it in those far off days have long been discarded and forgotten; others are still respected, still capable of evoking affectionate memories, but now seldom read. The Wind in the Willows, on the other hand, has remained a constant companion across the changing years.

So what was it about the book that captured my youthful imagination and still captures the fancy of the older, more worldly-wise adult? What I adored, when young, was Kenneth Grahame's ability to spin a yarn full of lovable characters and comic escapades: Toad the daredevil adventurer, stealing cars, escaping from gaol, commandeering railway engines.

What intrigues me now is the daring with which the storyteller interweaves the fun and frolic with episodes of rare and mysterious beauty: Mole yearning for his little, abandoned home; Rat listening to tales of the wide world from an old seafaring rat and the mystical encounter with the great god Pan in that curious chapter entitled 'The Piper at the Gates of Dawn'. 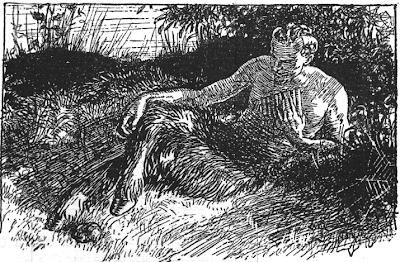 The resulting mix oughtn't to work - indeed when the book was first published, a lot of very grown-up people (critics and the like) said that it didn't work. The humorous magazine Punch (with singular lack of humour) described it as "a sort of irresponsible holiday story in which the chief characters are woodland animals, who are represented as enjoying most of the advantages of civilization."

Even more glorious is the pompous pronouncement in The Times Literary Supplement that "as a contribution to natural history the work is negligible" before going on to point out that a water rat would "never use a boat to navigate a stream" and pondered on the subject of a mole doing whitewashing: "no doubt moles like their abodes to be clean; but whitewashing? Are we very stupid or is this joke really inferior?"

The answer to which, of course - we now know - is obvious: yes, the critic of the TLS was indeed very stupid!

Young readers, of course, knew better: they made the book their own and then persuaded the adults to change their minds. As Grahame wrote, years afterwards: "It is the special charm of the child's point of view, that the dual nature of these characters does not present the slightest difficulty to them. It is only the old fogies who are apt to begin 'Well, but...' and so on. To the child it is all entirely natural and as it should be."

And - child or adult - we will return again and again to this miraculous book because woven through its entire length is an overwhelmingly reassuring sense of security and cosiness: of summer picnics on the river bank, walks across country fields in the frosty air of winter and afternoon tea snuggled around the fire... 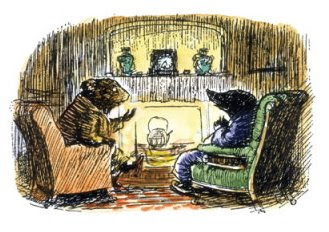 Like the ancient willow trees that grow along the banks of the Thames and which gave the book its title, The Wind in the Willows has a time-enduring quality: it remains one of the most haunting evocative, boisterously funny and endlessly enchanting book ever written...

And if my recommendation won't suffice, let me leave you with the words of another admirer of The Wind in the Willows - and the man who dramatised the book and made it into what was, for many years, one of London' annual theatrical treat, Toad of Toad Hall - A A Milne:

For the last ten or twelve years I have been recommending it. Usually I speak about at my first meeting with a stranger. It is my opening remark, just as yours is something futile about the weather. If I don't get it in at the beginning, I squeeze it in at the end. The stranger has got to have it sometime.

Should I ever find myself in the dock, and one never knows, my answer to the question whether I have anything to say would be, 'Well, my lord, if I might just recommend a book to the jury before leaving...' 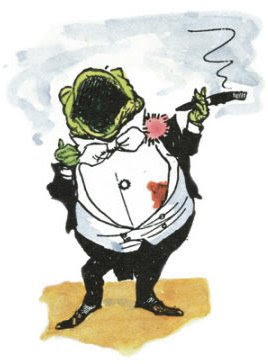 Happy Birthday,
Toady, Ratty, Moley and Badger!
And may you live for at least another hundred years!