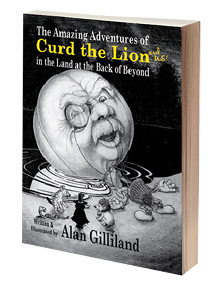 For some time now, I have been meaning to blog about Alan Gilliland's delightful book for children (their parents and the young at heart in general) The Amazing Adventures of Curd the Lion (and Us!) in the Land at the Back of Beyond.

It is a heady mix of the tried and trusted format featuring nursery-toys-come-to-life with riddling, punning, nonsense in the style of Lewis Carroll and Edward Lear punctuating a twisting, turning roller-coaster adventure story filled with dangers, outlandish encounters and weird and wonderful beings.

It all begins when the Great Raven steals a precious brooch belonging to the mother of twins Henry and Henrietta who get the blame and (worse) are told that, unless the brooch is returned, their imminent birthday party will be cancelled and their four beloved 'animals' will be unceremoniously en route to the local charity shop. Oh, the callousness of parents in literature – and life!

The motley quartet: Curd the Lion (named, obviously for the heroic Richard I), Pilgrim Crow, O'Flattery the Snake and a hyena named Sweeney the Heenie set out at once for the Back of Beyond to find the Great Raven and the recover the purloined brooch . 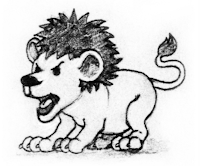 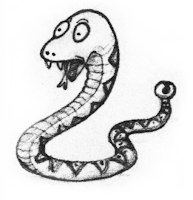 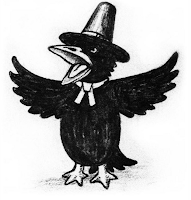 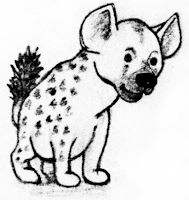 Along the way they are helped or hindered by a cavalcade of memorable characters, among them Professor Balloonafuss (who, like the Great and Terrible Oz, has an over-inflated sense of his own importance), His Majesty King Much of a Muchness, the mine-goblins, Nook and Cranny, Queen Mumbie-Bumbee, the Minorbore and Sir Rush and his Kalandar. 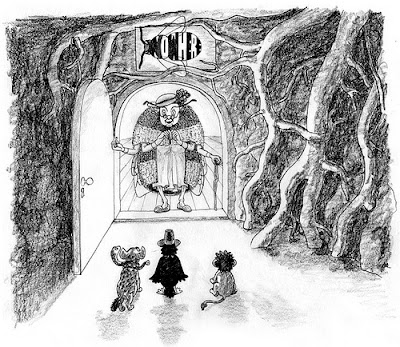 Eventually they succeed in reaching the Rocks of Brimstone and the out-jutting Corbie-stone, lair of the Great Raven, where friends and foes come together as the story reaches its dramatic climax.

There are a mass of subtexts and literary and historical allusions within the story (it is not accidental, for example, that the creature encountered named the 'Dodongs' is an anagram of that Carrollian alter ego, 'Dodgson') and readers armed with the map below can trace the route of Curd & Co's adventures in the real location of Brimham Rocks in the Yorkshire Dales.

With delightful illustrations by the author, this a perfect read-aloud book for bedtime readers  – and their listeners!

Visit Alan Gilliland's website for more information about this and his other books. And you can read many more glowing reviews of this unique and wonderfully quirky book on Lovereading4kids. 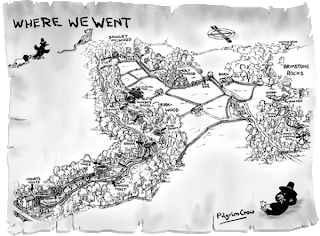 Posted by Brian Sibley at Friday, September 28, 2012 No comments: